Thanks to the Internet, we have seen how the development of new types of products and services made for communication services started. For example, in the banking sector, the emergence of the Internet has led to the emergence of different types of alternative financial products, who are being accepted very good. That is why we have decided to dedicate this post to alternative online financial products in Europe.

Factors that have supported the development of financial products

In Europe there has occurred mainly two economic and social events in 2008 that has led to the emergence of new ways to meet the financial needs:

The situation of financial chaos that occurred worldwide in 2008 caused that many banks experienced great difficulties, and even some were in danger of survival.

One of the causes of this situation was caused as a result of various malpractices within these organizations. This has not been overlooked by clients, it has enabled that many of them are so happy about alternatives that offer the same service.

The emergence and acceptance by users would not be possible without the development of broadband and Internet.

75% of the population in Europe have internet access (Eurostats, 2014), this is increased by 60%. This is the number of people who shop online according to Eurostats (2015). Companies experienced an increase of 22% over 2013 on their purchases online, reaching the number of orders via telepathy by 16% on average in the EU-28.

Internet/mobile banking is very popular in Europe. In Denmark, the use exceeds 88% of the population (Eurostats, 2015). The most recent statistics indicate that this percentage reaches 49% in the Eurozone and is in continuous growth.

The economic downturn that has been experienced throughout Europe, led to a sharp fall in interest rates. That is why we see that in January 2007, the profitability of a deposit of one year was approximately 3.46% (ECB, 2007), which was subsequently amounted in January 2008 to 4% (ECB, 2008).

In 2015 the recorded lowest interest rate in the Eurozone reached a 0.47% (Eurostast, 2015), but currently the Euribor are negative, -0.262%. This percentage favors investors seeking more return for your money, for example, invest in new types of financial products as we show below.

The discussed factors in the previous section favor the birth of different alternatives that facilitate access to finance for businesses and individuals. IT can be classified into three groups:

The definition defined by Wikipedia: is an economic industry composed of companies that use technology to make financial services more efficient.

We can include within this definition that those banks have been fully started online and platforms that are in the virtual extension of the services, offered in their branches physically.

Services that include platforms that can accommodate the definition of FinTech ranging from loans and credits (own crowdfunding and crowd-lending); payments, transfers and trading.

While some of these alternative financial products are offered by traditional banks, there is also the increase of companies who start with the internet industry.

The consists of micro contributions for the amount of money, makes it sufficient to undertake a certain action. In short, the basis of this philosophy is to unite a group of people who contribute small amounts of money to reach the figure that is necessary.

The various organizations operating under this principle can be divided into four streams as we share the blog website Socios Inversores:

According to the report “Moving Mainstream. The European Alternative Finance Benchmarking Report” of the University of Cambridge in collaboration with EY (Wardrop et al., 2015), in Europe there was raised more than 93 million euros and they growth with 272% between 2012 and 2014.

As we can see, these alternative financial products and organizations have developed an increase of acceptance among different consumers.

One of the consequences the new financial products and services bring is the reduce dependence on traditional banking system. This is an issue that we actually should talk about later, but this fact strengthens the new business network against possible crisis in the banking sector. 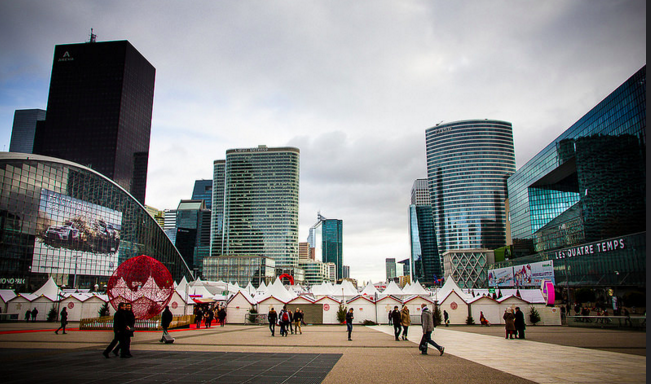 This is another alternative that can provide financing organizations for the search for liquidity, through the sale of the bill that is pending owned by the company.

For example, MercoFact is a company with extensive experience in this sector and has been developing successfully in this market in Latin America for several years.

However, in Europe the solutions currently still have a long way to go and. According to Intrum Justitia, the average payment in Europe is 28 days, holding 3.1% losses from unpaid bills (includes the agreed time and delay).

According to the European Payment Report prepared by Intrum Justitia (2015), 31% of European respondents see the late payments as a threat to the survival of the organizations. 40% say that the delay in receiving payments is an obstacle to the growth of their companies.

For the European business community continue to grow strongly bet is needed and propose new ways of financing. Currently, market bills auctions in Europe none of the alternatives offers the possibility to carry out all formalities online, and they can not ensure high levels of legal certainty for their services.

In the coming years it is likely that we have two scenarios: on one hand, continue to increase the number of users who opt for purely digital solutions; and on the other hand, the possibility of mixed financial products, targeted for customers who need physical treatment in a branch.

What do you think that will happen?