The Mobile World Congress (MWC) is the most important international event in the field of mobile devices.

Barcelona is being during these 4 days of the event, the meeting point of the handset manufacturers, mobile operators, equipment suppliers for mobile communications, application developers or service providers. Some of the big names attending the event are well known as Nokia, Google (Android), Telecom, Samsung, LG, Telefónica and many more that underline the importance of this fair for the global mobile telephony.

With more than 60,000 people from over 200 countries worldwide, is expected to exceed previous records. Among the main news of the congress include quad-core processors, NFC technology, HD displays and the expected evolution of 4G connections. 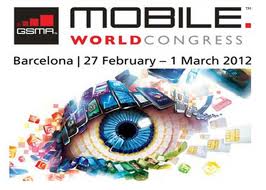 As we published on our website, Viafirma has actively participated in the event through the international conference on Technology Transfer, held in parallel to the MWC since 2006. The function of this conference is to help international organizations (SMEs, universities, technology centers and laboratories) to create relationships for technological or commercial cooperation on a transnational level. This year’s edition has had over 450 registrants from 27 countries, generating about 580 profiles which have been shaping the meetings agendas for each participant.

Viafirma’s strongest point of the event was when introducing electronic signature solutions for Windows Mobile Phone, digitized signature for iPad (which you will know better in future posts) and some other technological surprises that is still under development.

With Viafirma, another 8 Andalusian companies have been present in the “Brokerage event“, such as: Geographica Studio, Movión Technology Solutions, Jensen Software Localization , TICTOUCH Technology and Welfare, Arpa Solutions and Arelance group through Arelance, Aresmas training and Solvensys.